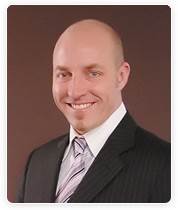 Hi Matt, thank you for accepting the interview. You are the CEO of Freelancer.com, the largest outsourcing marketplace. What exactly is Freelancer.com ?

Matt: We’re similar and as simple to use as eBay, but instead of buying and selling goods, it’s for outsourcing small projects, typically 150 pounds or less, from the western world to the developing world. The mainstream projects are things like build me a website, get traffic to my website, design me a logo, and so on, but just about anything you can think of can now be outsourced online. We have over 360 different categories as diverse as mechanical engineering, architectural drafting, and iPhone application design. Because the freelancers are mainly from the developing world, you pay as low as 10% of what you’d normally pay to get the job done locally.

You are a successful entrepreneur and executive: advisor to QuintessenceLabs, non-executive director of Julius Finance, Inc, raised approximately $40M in financing from venture capital and co-author of over 20 US patent applications. How did you come up with the Freelancer.com idea?

Matt: Freelancer.com is, to an extent, a private equity roll-up of the space. We started in early 2009 by buying GetAFreelancer.com, which was a Swedish company and had 500,000 users. Since that time, we’ve acquired about half a dozen or so other marketplaces and integrated them into our platform. Today we’re the world leader with 2.2 million users and 940,000 projects outsourced to date.

Today Freelancer.com has over 2,177,000 employers and freelancers globally from over 234 countries & regions. Was this exceptional growth something you planned and imagined since the start-up time? I’m asking because many people are afraid to start a business. After all, they don’t have a unique idea, and my own experience says you never know where the future leads you.

Matt: Well, originally, I looked at building a site from scratch and entering the space that way, but after realising that the incumbents had raised between $50 and $100 million already and had quite a head start, I decided to buy in, rather than build from scratch. The growth over the last two years has been phenomenal. We had gone from about the 5000th biggest website in the world into the top 250 a few weeks ago.

I’ve worked in venture capital before, where you get sent 100 business plans a day. Let me tell you; ideas are not unique. What is unique is execution. You’re always going to have competitors; otherwise, you have to question whether there’s a market there or not.

How does Freelancer.com exactly work for businesses willing to outsource?

Matt: It’s simple to use. Register for free and post a project. The first project you post is also free. It takes only a minute to type in a description and budget, and within seconds it’s life, and people start bidding. On average, you will get around 60-80 bids on your project from all around the world- sometimes into the hundreds!

You can ask the bidders questions, look through their work portfolio, and so on before you pick them. We run an escrow-like service, so when you pick a freelancer, you can load funds into the system so the freelancer starts work but can’t access those funds until you’re completely happy with the work and decide to release them.

We charge 3 pounds or 3%, whatever is higher, as you pay the freelancer. So, for example, if you get a website built for 100 pounds, we charge only 3 pounds commission.

What would be the best practice when choosing a freelancer? I think everybody knows that picking up the cheapest isn’t necessarily the best choice.

Matt: All the bids will be cheap relative to what you expect, so make sure you go for quality first. Go for freelancers with a high reputation (we show this on the bids). You can look through their entire work history, how much they’ve been paid, what the feedback was, their rating, and so on. Look through their portfolio, ask for samples of work. Also, some freelancers will produce a custom sample for you for free if you ask them. Ask a lot of questions!

I recently talked with an entrepreneur from France, and he told me he prefers outsourcing via Freelancer.com all his development work. But if you have more outsourcing projects put together to build a product or service, isn’t it going to affect the final result due to different working styles and quality levels? What’s the best way to work on more complex projects?

Matt: It depends. If your project is quite complex, you might decide to hire a freelancer that actually runs his own company and has several people working there. For example, some freelancers on our site actually are teams of up to 100 people or more!

Is there some protection against bad work?

Matt: Yes, on several fronts. First of all, pick freelancers with a high reputation. Bad work counts against reputation, so the freelancers higher up the list have a track record of excellence. Secondly, using the milestone payment (escrow) system, if something goes wrong, you can always get your money back via dispute resolution.

That’s why it’s always important to pay through our site rather than go offsite such as paying directly via Paypal.

What are the benefits of using Freelancer.com instead of typical outsourcing set up with an offshore company? And what is the typical size of the projects?

Matt: You have a much greater diversity of talent with 2.2 million freelancers, and you can use different people for different jobs. Also, because we run a competitive marketplace, freelancers are always striving for the reputation to win work. So the customer service is excellent. Also, we provide third-party validation, for example, through the exams we provide on the site on various topics. Projects start at 20 pounds and average under 150 pounds.

And I suppose people that provide the work enjoy the benefits of finding work on the marketplace easier than in the brick and mortar world?

Matt: Yes, because we have a huge amount of jobs available at any point in time. We have about 1500 being posted a day, which saves freelancers the trouble of going prospect for work themselves. We send about a million emails an hour out notifying people of work.

How much money can a freelancer make via Freelancer.com in a regular month?

Matt: It depends on what you are doing. Some of our freelancers with the highest reputation are bringing in around US$1 million a year.

How exactly does a project go? What are the steps of having some work done?

Matt: You click on “Post a Project,” which provides a simple one-page form to fill out. After you enter a title, description, what skills you want, and budget, it’s live. Freelancers will start bidding on it, and you’ll be notified by email of this. You can then scan through the bids, ask questions, and so on until you find someone you like. You then award the project to the freelancer and put funds into escrow to start work, and you’re off and running!

Remember not to release the funds until you’re 100% happy with the work.

What are the most important outsourcing domains?

Can you name a few interesting things that were done via Freelancer.com?

Coming back to the start-up time, how did you get the first freelancers and employers?

Matt: Well, we had a bit of a head start by buying into space rather than starting from scratch.

Just to keep the balance, I’m sure there are also some disadvantages of outsourcing. Could you name a few?

Matt: Well, sometimes you need to have someone local to work with you in your office, although you can also find local people through our site

And what is your response to people saying outsourcing makes them lose their job?

Matt: Outsourcing creates unparalleled opportunity in the west to boost productivity and cut your costs. It also means it’s never been easier or cheaper to start a company. I read a survey the other day that said something like 50% of people in the UK want to start a business, but only 6% are doing it. Literally, for a few hundred quid, you can now start an Internet company. Digg.com, the social news site, started with US$60 as an outsourced project. Recently it rejected a US$80 million takeover offer from Yahoo.

If we boost self-employment rates by 1% in the UK, it would boost GDP by around 1.5% and add 22 billion pounds to the economy.

Matt: The top outsourcing destinations are India, Pakistan, Bangladesh, the Philippines, Vietnam, China, Romania, and the Czech Republic. Typically it depends on the type of work as well. China is fantastic to outsource technical jobs like CAD/CAM, manufacturing, 3D modeling, and electronics.

And finally, any thoughts about the future?

Matt: How would your business change if you had access to virtually unlimited labour at next to no cost?

Top Business Magnates in the World 1035

20 Black Entrepreneurs You Need to Know 1127

10 Advantages and 10 Disadvantages of Young Entrepreneurs 5225